Nha Nhac, meaning “elegant music”, refers to a broad range of musical and dance styles performed at the Vietnamese royal court from the fifteenth to the mid-twentieth century. Nha Nhac was generally featured at the opening and closing of ceremonies associated with anniversaries, religious holidays, coronations, funerals and official receptions. 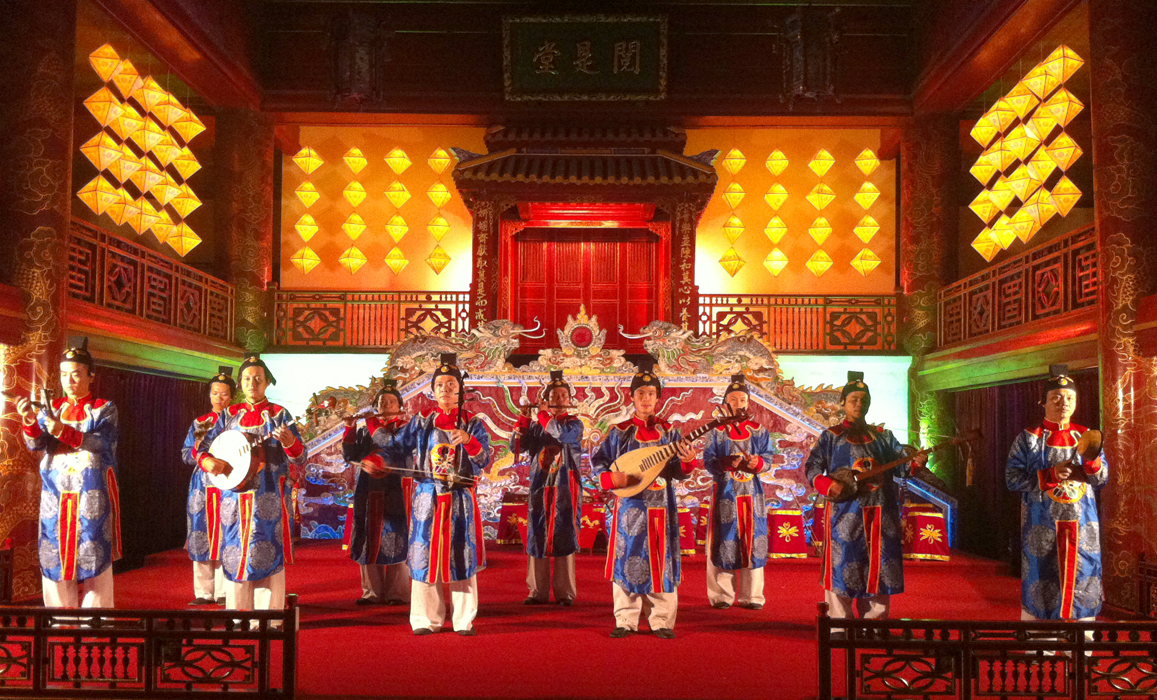 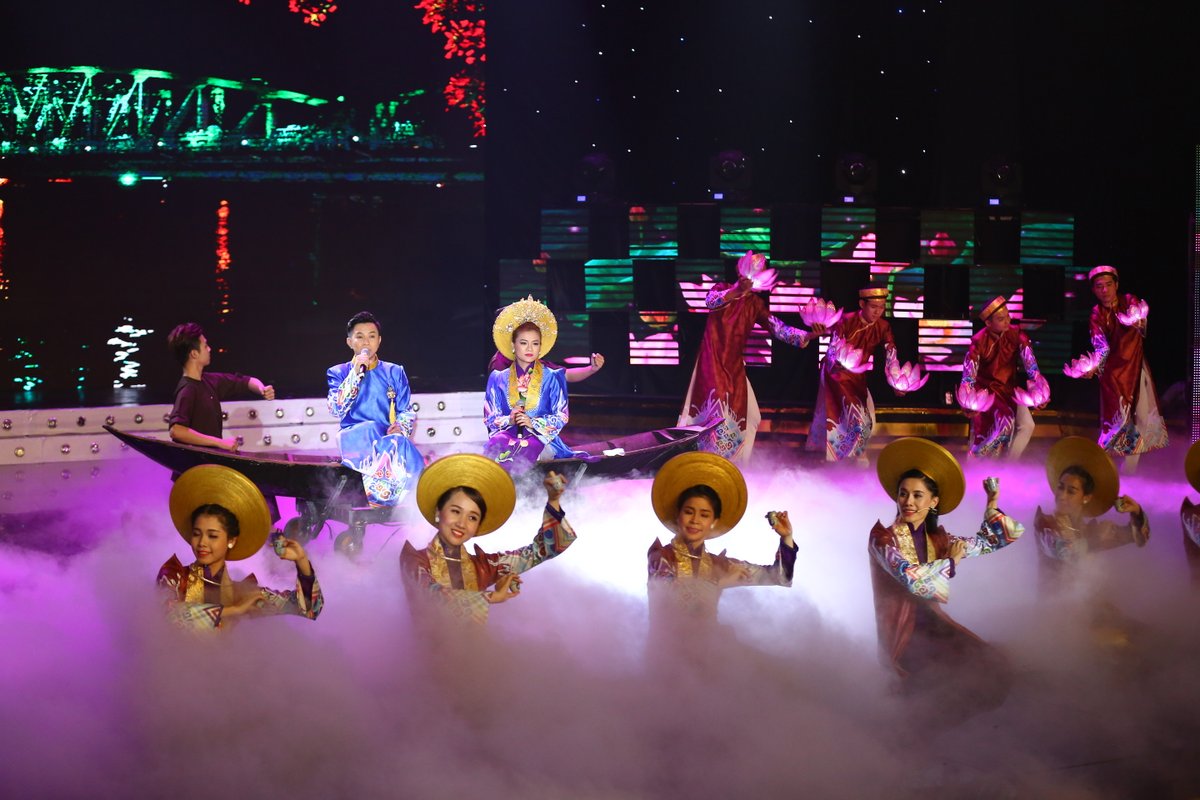 About history to appear:

Hue Court Music was created by the process of integrating and adopting Chinese and Champa culture and the influences of Buddhism and Confucian. It is the synthesis of the various art genres, instruments, rhythm, melody and ensemble forms and environment. Therefore, Court Music can bring audience good sense of both audio and vision generating different shades of emotions and inspirations.

The Court Music was officially formed along with the rise of Nguyen Dynasty in the early 19th century. In about 1947, 1948, Madame Tu Cung (mother of King Bao Dai, wife of King Khai Dinh) gathered once again some court music artists, helping to maintain some genres of Hue Court Music and dance. In the 1980s, it began to attract attention of the Ministry of Culture and local authorities. In the 1990s, Hue Court Music enjoyed renaissance. Thereafter Hue Court Music has been introduced much abroad.

Nha Nhac – the Vietnamese Court Music has appeared since the 13th century but it only reached the peak under the Nguyen Dynasty (1802-1945). In about 1947-1948, Madame Tu Cung (mother of Former King Bao Dai) gathered once again some court music artists to maintain some genres of this court music and dance. Since the 1990s, Nha Nhac has begun the renaissance period and has been introduced in many countries in the world.

The events that shook Vietnam in the twentieth century – especially the fall of the monarchy and the decades of war – seriously threatened the survival of Nha Nhac. Deprived of its court context, this musical tradition lost its original function. Nevertheless, the few surviving former court musicians continue to work to keep the tradition alive. Certain forms of Nha Nhac have been maintained in popular rituals and religious ceremonies and serve as a source of inspiration for contemporary Vietnamese music.

Can say: Among the numerous musical genres that developed in Vietnam, only Nha Nhac can claim a nationwide scope and strong links with the traditions of other East Asian countries.  With this meaning, on 7th November 2003, at the official meeting in Paris, UNESCO recognized Nha Nhac – the Vietnamese Court Music as oral masterpiece and intangible cultural heritage of humanity. This recognition remarked the great progress of the culture preservation of Vietnam and its importance to the humanity’s art values.

If you have the opportunity travel to Hue, do not forget to enjoy a Hue court music. There have been many visitors were fascinated by this music.