Trang An landscape complex has met the criteria of the United Nations Educational, Scientific and Cultural Organisations (UNESCO) on outstanding universal values of World Heritage, for this reason, the complex has been officially recognised as a World Cultural and Natural Heritage.

The recognition is based on the principles of the Convention on the Protection of World Culture and Natural Heritages including cultural, aesthetical, and geological-geomorphic values and the preservation of heritage.

This is the first time a Vietnam tourist site has became a world mixed natural and cultural property. 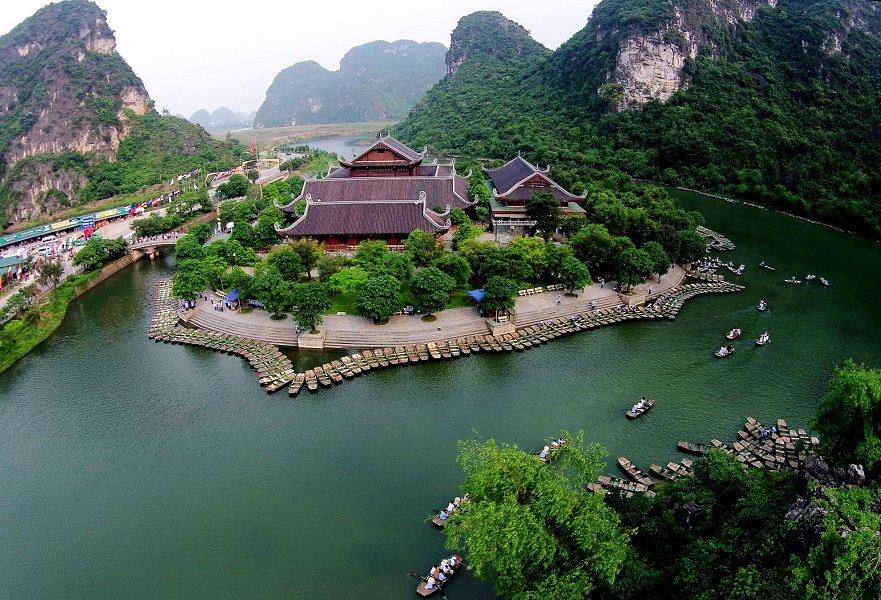 Located in northern Ninh Binh province, the turbulent movement of earth crust of hundreds of million years ago has endowed the province with a unique nature of caves, mountains, lakes and historical relics.

The complex consists of three adjacent areas. These consist of the cultural area, the ancient capital of Hoa Lu (under three shortlived dynasties – Dinh, early Le and early Ly between 968 and 1009).

The natural aspects are the stunning limestone peaks, streams and caves at Trang An, Tam Coc and Bich Dong.
Then there is the Hoa Lu primeval forest. The whole complex covers 6,172 ha and an 6,268 ha-buffer zone of paddy fields. 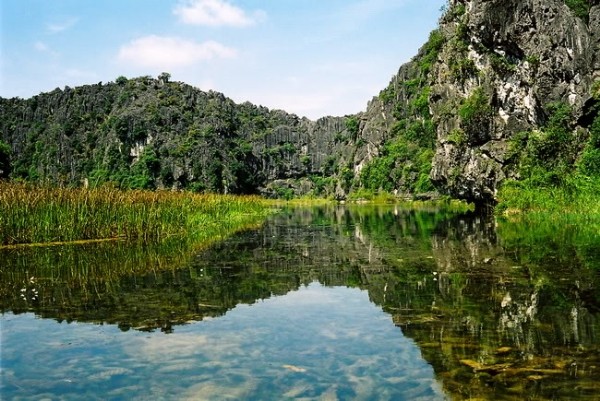 The height of the limestone block of Hoa Lu is around 200 meters above sea level, decreasing in height from the northwest to the southeast, as it slopes to the sea.

Dramatic karst peak topography dominates the top of the limestone block, while the inside of the block is permeated with thousands of caves, many of which are interlinked, along waterways.

The most characteristic – and spectacular – part of this geological area is included in the core zone of the Trang An Landscape heritage site.

Also included in the core zone are the most important caves showing the evolution of cave formation over a long geological period of time.

The buffer zone includes all the water bodies and water courses which contribute to the ongoing geological evolution of the area.

The high fragmentation of the limestone mountains in the Trang An Landscape Complex has resulted in numerous karst blocks, bell-shaped karst formations, all with precipitous slopes.

Lying between the karst towers are karst valleys and expanded eroded karstic lowlands, floored with limestone mud sediments, which are flooded annually during the rainy season.

With meeting the criteria of UNESCO on outstanding universal value of World Heritage, the Trang An Landscape Complex is the first world site in Vietnam combining both natural and cultural aspects.

The recognition was announced on June 23 at a meeting of the Heritage Committee of the United Nations’ Educational, Scientific and Cultural Organisation in Doha, Qatar.

Around the world, only 28 heritages are recognised as world mixed natural and cultural properties by UNESCO. Trang An landscape complex honored to receive this noble imitation.

So if you come to Vietnam do not miss this famous destination.