However, in this article, we will mention: The “other” Vietnamese Noodle Soups for you to have more options to enjoy the noodles when comming Vietnam.

Crab noodle (Bún riêu) is a meat or seafood vermicelli soup with a distinctive crimson color. The broth gets its appearance from tomato paste and annatto oil, made from achiote tree seeds. 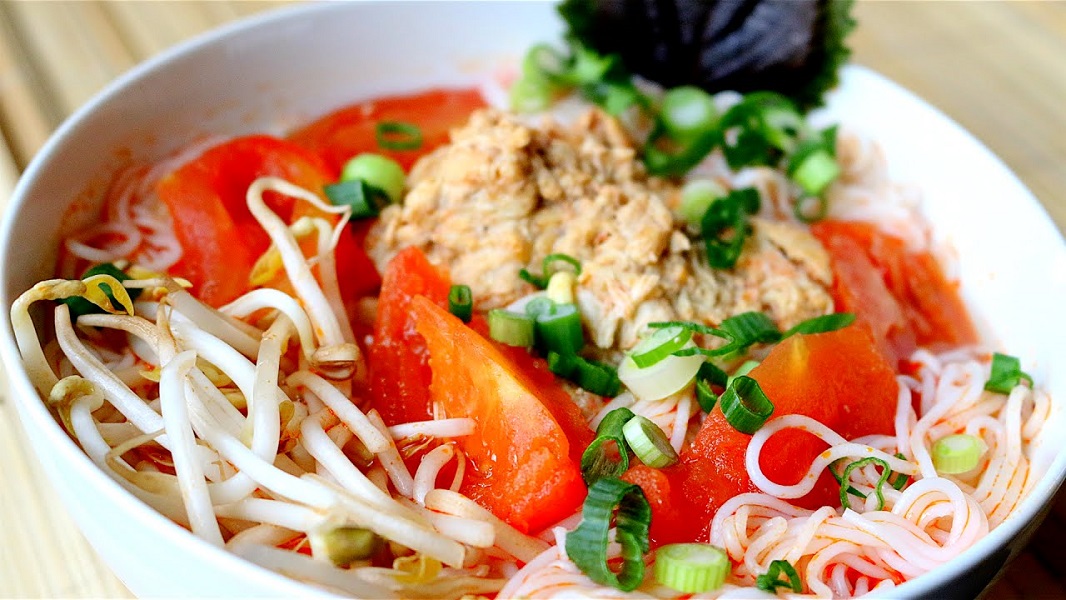 Depending on the region, bún riêu might also come topped with beef, pork, snails or fish. Vermicelli noodles swim in the soup, adding balance to a dish that’s both colorful and light. Add to that the requisite plateful of lime wedges, chili and greens — like banana blossoms and mint — and you have a perfect meal. 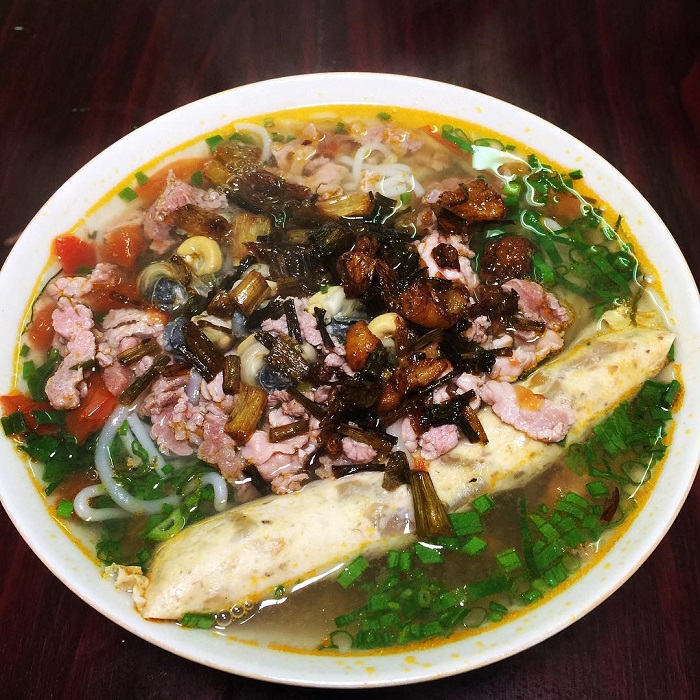 Like the French, the Vietnamese eat snails too, but not the same kind of snails. They eat ốc (Vietnamese freshwater snails), which are smaller and chewier than their land-based cousins. Cooked snails are arranged neatly in a bowl of bún (rice vermicelli) with fried tofu and fresh herbs, and the dish is finished with a hot, sweet and sour broth that is poured over all of the cold ingredients. Finally, a few slices of cooked tomatoes are placed on top.

Pieces of fish are pre deep-fried until crispy and golden and added to a broth with a hint of sourness that is similar to canh chua: fishy, with sour notes from the tomato and the pineapple segments. One addition that I haven’t seen in any other noodle soup is dill and chervil. 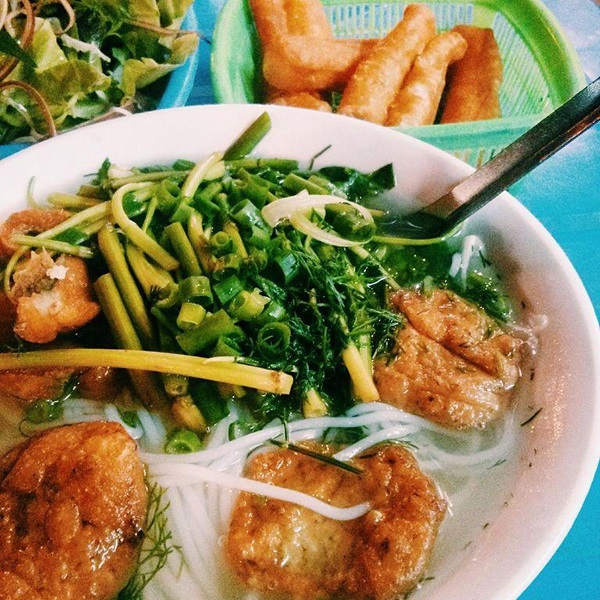 Bun Ca – Full of powerful flavours of chervil herbs and a sour note from the broth. 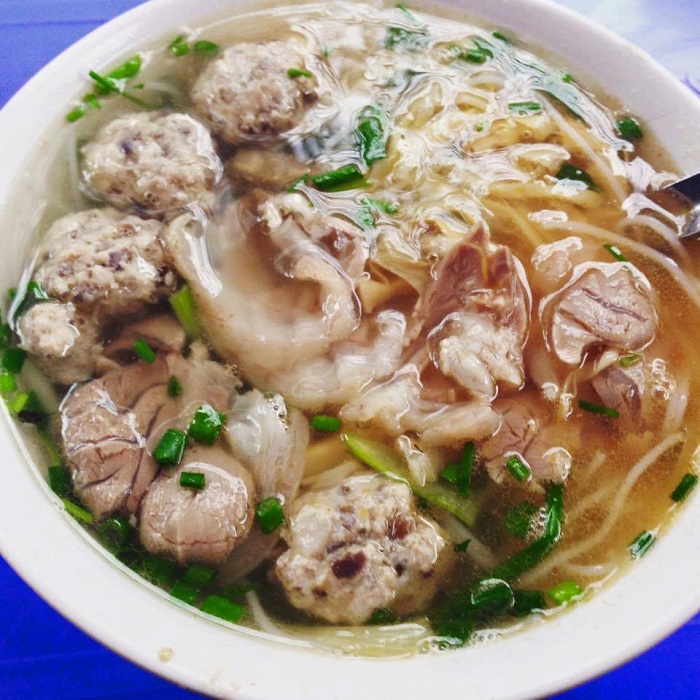 The pork balls are made of finely ground pork and finely chopped wood ear fungus and then mixed together until a fine paste is formed. That is the secret to how they become so light and airy when braised in the pork broth. The pork balls can also be fried to give them a golden colour and different texture as well. Usually served with a braised rib, it’s the dish that surprises. 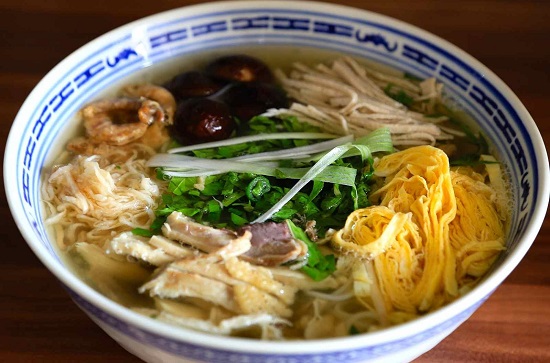 Bún are thin vermicelli noodles made from rice, and bún thang is a special kind of noodle soup comprised of rice vermicelli, thinly sliced chicken pieces, omelet, Vietnamese ham, mushrooms, and chopped fresh herbs. One of its secret ingredents is a tiny dollop of shrimp paste, which helps to bring out the flavors of the other ingredients, and the combination of mild chicken broth and pungent shrimp paste is simply divine. Bún thang can be found in many places in Hanoi

The origins of the dish come from Cambodia (Nam Vang means Phnom Penh) because the south of Vietnam was once part of Cambodia prior the the expansion of the Nguyen Empire. The distinctions between Hu Tieu Nam Vang and other noodle soups in Vietnam is the exclusion of fish sauce in brewing the broth, and the inclusion of garlic chives, fried shallots and the distinct zing of chinese celery as garnish. 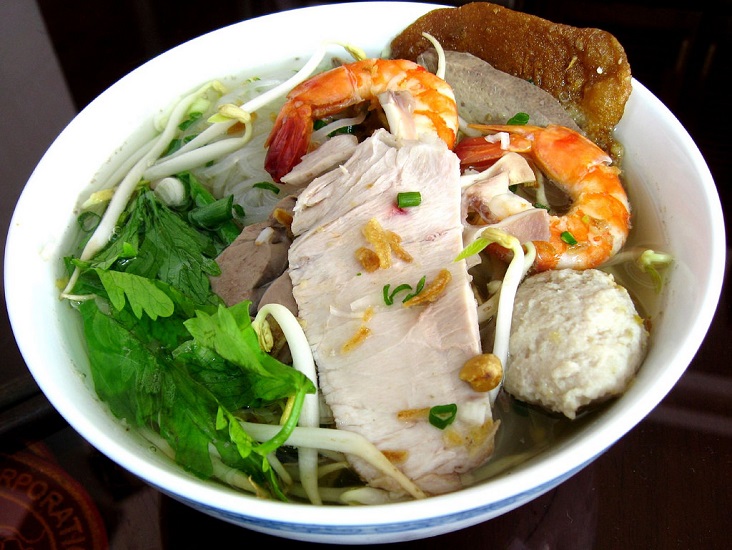 The clean and simple flavours of a hu tieu with the flavour of fried shallots is always a joy to experience.

It’s probably a dish with the most number of variations; from the use of thin egg noodles, pork bones and ground pork.

People who have lived in Saigon and Hanoi for an extended period of time, haven’t heard about it. It turned out that there was only one place in Saigon where I could find that made it, which was Ben Thanh Market.

What makes this soup so special is the prawn sausage that is made from ground shrimp that is golden in colour as a result of the addition of annatto oil. The sausage is nice and springy and the accompanying tamarind sauce works a treat with it – something you’ve never seen used with other noodle soups.

Now, keep in mind my suggestions and make a holiday in Vietnam to enjoy them right now !!!