Home » Daily Updates » Are you ready for a Danang tour with Danang International Fireworks Festival 2017 ?

The information was announced at a press conference held recently by Sun Group and the Danang Department of Culture and Sports. 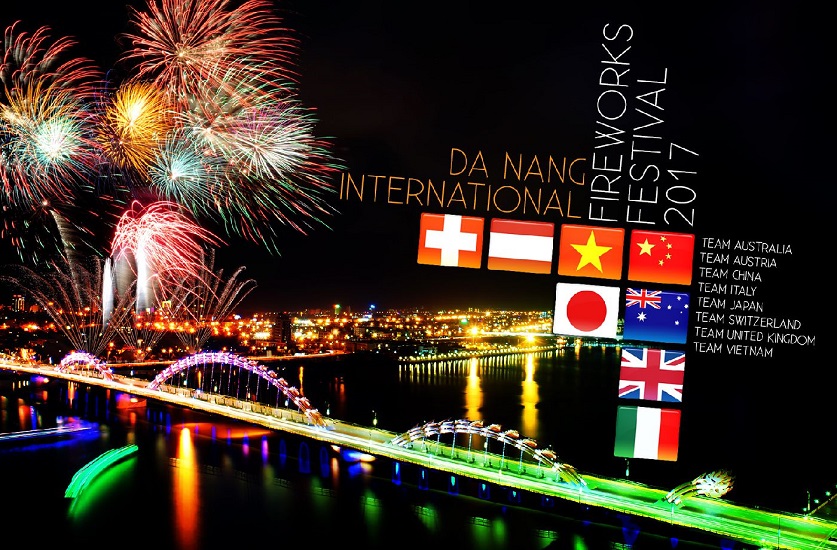 The festival takes place on Tran Hung Dao, the major street on the eastern side of the Han River. There was talk of the event taking place at the Asia Park resort, but at time of writing it was to be held on Tran Hung Dao. Fireworks are fired over the river, and the local landmarks and buildings provide a stunning backdrop for the event. Along the street and across the rest of Danang attendees will also find a range of other attractions and events taking place at the same time.

Food stalls and festivals, paragliding shows, and international music are among the things you can find and enjoy during Danang International Fireworks Festival.

The firework displays will be released on 5 Saturdays – 29 April, 20 May, 27 May, 3 June and 24 June. Inspired by the Marble Mountains with their elements of ancient oriental philosophy, the 5 performances nights will be entitled ‘Fire’, ‘Earth’, ‘Metal’, ‘Water’ and ‘Wood’ respectively. Two teams will perform each night, but the last date will be the grand finale featuring the 3 best teams.

The specific schedule is as follows: 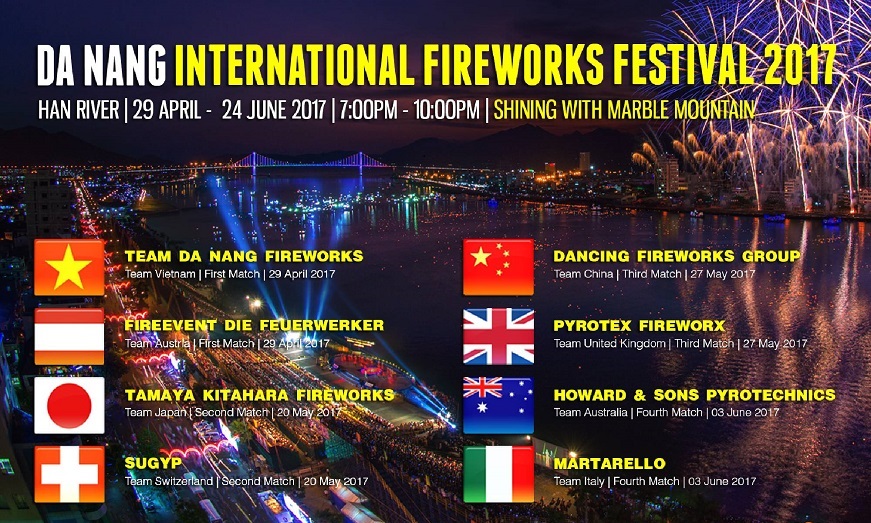 The theme for this year’s event is Shining Marble Mountains. Named for the marble and limestone hills that can be found south of Danang.

Each of the five nights of the festival is also named for the “five elements of the Universe” which are also the names of the five marble mountains themselves.

29th April 2017 is Fire Night, and will feature firework teams from Vietnam and Austria.

Earth Night on 20th May 20177 will feature teams from Japan and Switzerland.

Metal Night on 27th May 2017 will feature teams from China and Australia.

Water Night on 3rd June will feature another Australian team and an Italian team.

The three best performers will return for the final competition, held on Wood Night on 24th June 2017.

Only a very short time, Danang International Fireworks Festival 2017 will take place. So decide on a Danang tour with this great event. Otherwise this could be a big remorse for you.

You can see the details of Danang tours of VietNam Typical Tours following link: