Ha Long Bay is located on the north east coast of Vietnam and can take anywhere about 2,5 hours to go from Hanoi to Halong Bay.

Overall, in recent years, Halong Bay is a year-round tourist attraction. It depends on your preference to decide the best month to make a Halong Bay Tour. However, each month or each season will bring you a whole new and different experience.

And this article is about The weather in Ha Long Bay in the year !

January in Halong Bay is often cold and dry. It may not be best for swimming but definitely great for taking photos of the scenic landscape.

With the maximum temperature is only 20°C, it is not that cold to swim but it’s not recommended to swim in January.

You should bring a sweater and a coat is a good idea to shield from the cold and occasional light rain. 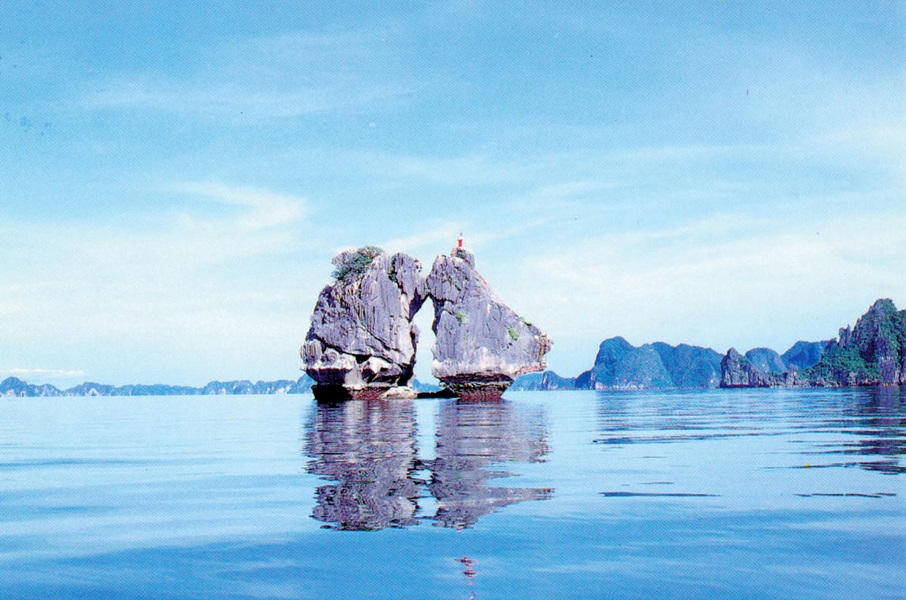 The average temperature in February is higher in January, making it a more comfortable time to travel to Halong Bay.

Being the last month in the winter, the average temperature in February in Halong is slightly higher.

March sees subtle changes in season from cold winter to humid spring. It is a good time to visit Halong Bay nevertheless.

With the first 2 weeks of March is still carrying the leftover winter chill, the later half of the month is seemingly warmer, signifies the start of spring in Halong Bay. The maximum temperature in March increases to 22°C.

April is a good month to visit Halong Bay as there are few risks of storm and the weather is very accommodating for an outdoors trip. 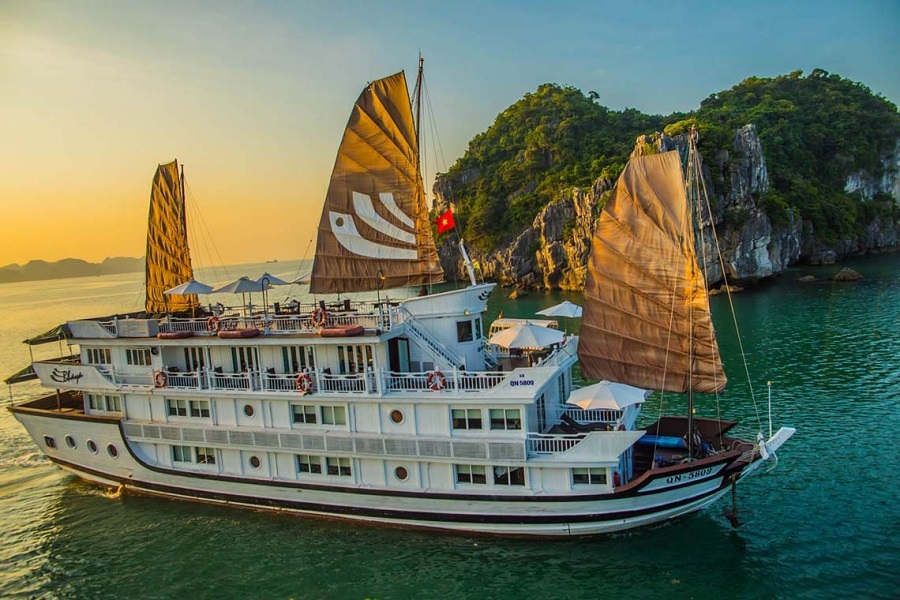 May marks the start of a hot summer although the heat in this month is by and large endurable. It is in fact one of the best months to visit Halong Bay.

Summer officially starts in Halong bay in May with the average temperature of 27.5°C. So you bring bring flip flops, shorts, tank tops and most importantly sunscreen is recommended.

June is a rather hot month for travel to Halong Bay although it is perfect who loves the sun.

Compared to May, the temperature in June starts to rise but not too drastically. There is an increase in average temperature to 29°C. 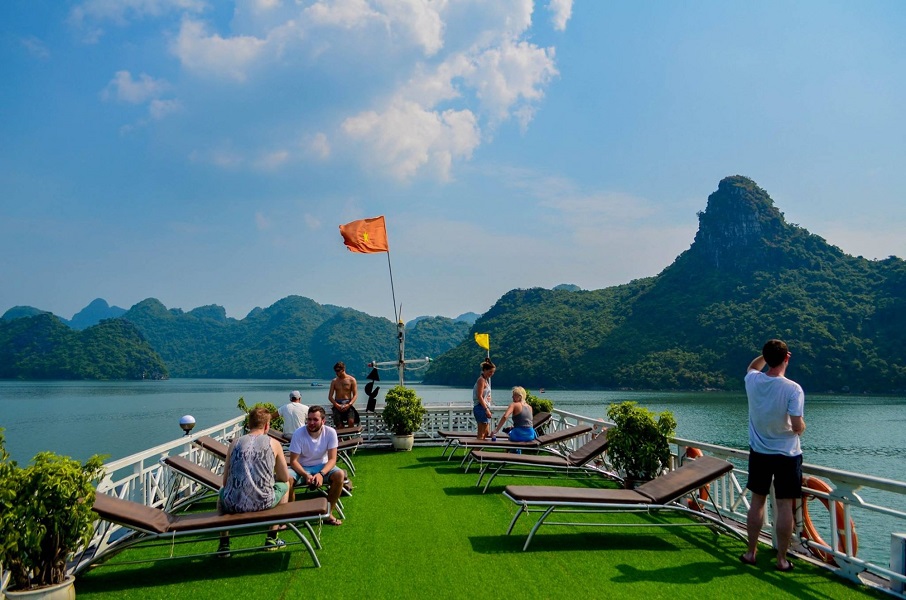 July is one of the rainiest month in Halong Bay. However, you will benefit greatly from the many promotions for cruise trips here.

In this month, you should bring an umbrella and apply plenty of sunscreen helps to prevent being soaking wet in the rain and getting sunburnt.

August is still a hot month and may subject to seasonal storms. Nonetheless Halong Bay is still an attractive destination for the month since it will be a lot less crowded than the high season. 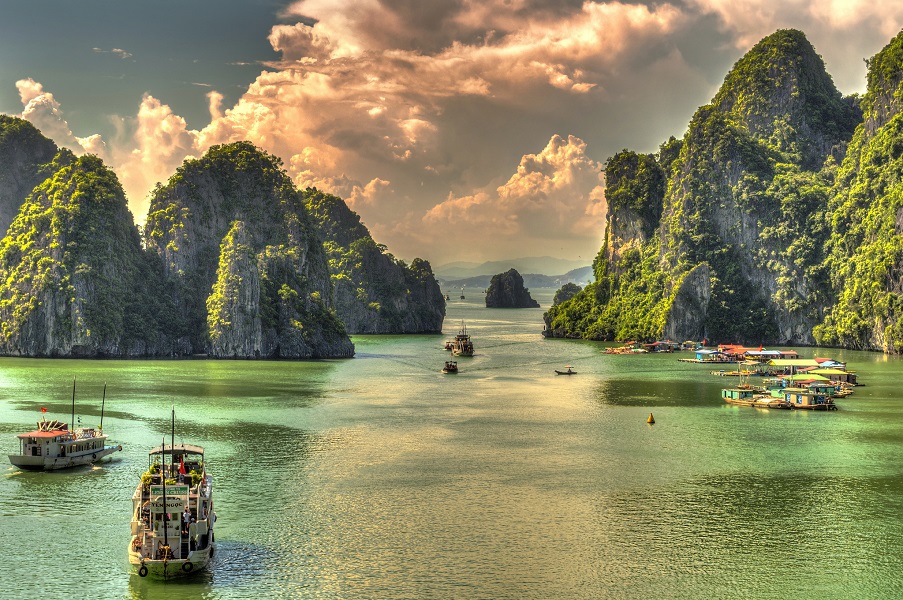 September is a half – half month when the weather is no longer hot but not yet cold. It is an ideal time to visit Halong Bay.

September seems to be the transitional month from the blazing heat of summer to the more comfortable autumn.

October is one of the best months to visit Halong Bay for the amiable weather. Sunshine in this month is enough to get a few hundred beautiful snapshots of the bay.

If you plan to visit Halong bay and still want to dive in the refreshing water, October is the last month to go before it gets cold. The temperature is much more cool compare with the previous summer months, staying at 24.5°C on average.

November starts seeing chilly wind but the dry weather may make the trip a lot better than one in the summer months.

Winter officially arrives at Halong bay in December. The highest temperature reaches to only 22°C while the temperature can drop to about 15°C.