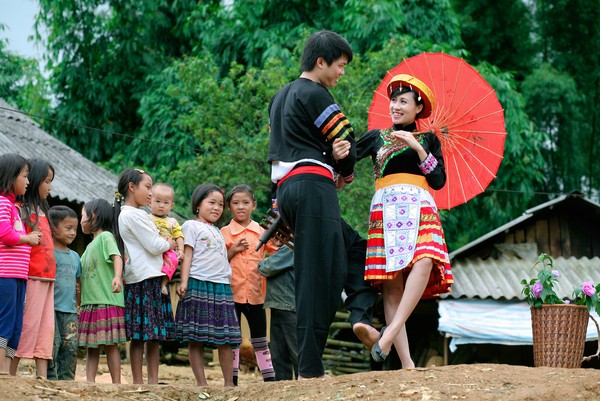 The festival aims to preserve the original cultural values of the local ethnic groups in the locality while attracting visitors and stimulating socio-economic development in the northernmost area of Vietnam.

Legend has it that a couple were deeply in love but were forbidden to be together because they were from different ethnic groups. A violent conflict later occurred between the two tribes and caused bloodshed for both of them. To stop the fierce battle, the couple decided to part ways with broken hearts. They then made the promise to meet once every year in the local market in Khau Vai commune on the 27th of the third lunar month.

Nowdays, on the 27th of the third lunar month, local ethnic women and men put on their best traditional costumes to go to the market, where they are free to meet with their ex-lovers in public. Husbands and wives arrive at the market together before they both look for their past partners among the crowd. Spouses do not get angry or jealous because the meeting at the market is just a temporary moment and does not influence their daily lives or relationship.

In the framework of the festival also many special activities With many activities for visitors to experiences, visit.

The hundred-year-old festival now draws thousands of visitors from across the country and abroad. Currently, this festival is becoming a tourist product that attracts large numbers of domestic and foreign visitors because of its unique and traditional cultural identity.

Coming to the festival, visitors can also enjoy traditional games and local specialties, as well as explore the beauty of the Dong Van Karst Plateau Global Geopark.