If you are about to visit Hanoi for a few days, it is very likely that you will reside somewhere near Hoan Kiem Lake. Lake ie regarded as the Heart of Hanoi. The lake is considered the center of Hanoi, not only physically but also symbolically. 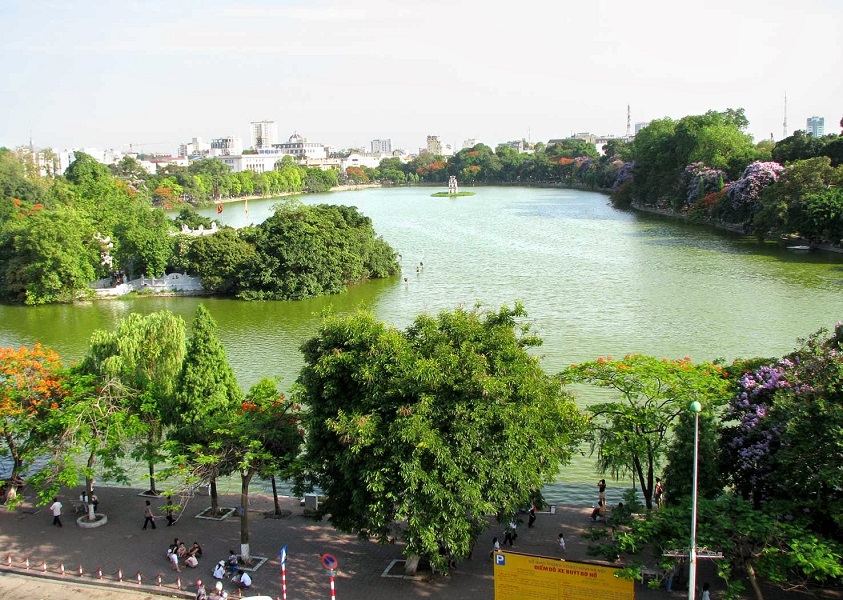 So do not forget to make a short walkking around the lake and breathe fresh air here.

Sword Lake is now situated inside a complex of Ngọc Sơn Temple, The Huc Bridge, and Pen Tower in the surroundings, making a sparkling colorful natural picture. They are also Vietnam Popular Destinations. Ngoc Son has undergone a lot of renovations, one among which was the addition of Pen Tower on its hill, which was once called Dao Tai. Three words were inscribed on the tower: “Ta Thien Thanh” or “write on blue sky”. Inside the gate a pool resembling the shape of an ink well was added. Beyond the ink well is The Huc Bridge, which means “where the sun light is absorbed”. The bridge leads to Dac Nguyet Lau (or “Moon Light tower”) – Ngoc Son shrine. Beyond the gates to the shrine, there are two walls called bang Rong and bang Ho (dragon and tiger slate), where the names of those who passed the national test were inscribed. 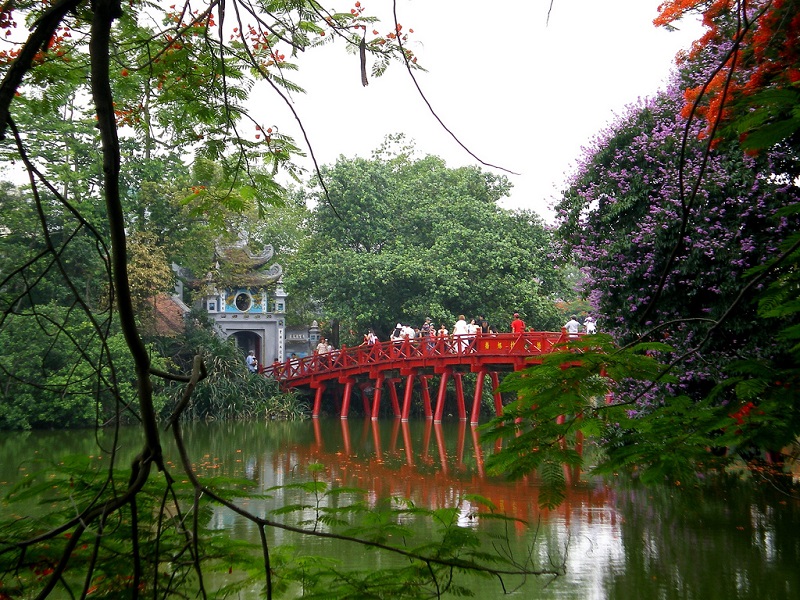 Before the famous historical legend of King Le Loi here, Lake Sword used to be called Luc Thuy Lake (or Green Water Lake) since the water was green all the year round. In 15th century, it was named Sword Lake after the legend of Emperor Le Thai To, which is somehow similar to the story of King Arthur and the Lady of the Lake’s.

The tale goes that Le Loi King came across a shining metal bar when he visited his friend. It turned out that his friend caught the bar in one of his attempts for fish. The King asked for the bar, brought it home and moulded it into a sword. All of a sudden, there was two words printed on the sword “Thuan Thien” (harmonious with heaven).

Le Loi then understood that the sword was a gift from heaven. He used it for the battle against the war with a neighbouring country. At the beginning of 1428, when peace prevailed, on one of his trip to the Thuy Quan (now Hoan Kiem) Lake, there was a tortoise rising above water and shouting: “Please return the sword to the Dragon King”. Without hesitation, the King threw the sword to the lake. The tortoise took the sword and dove down the water. From then on, Thuy Quan became Hoan Kiem lake.

Activities at around lake

If you can wake up early in the morning, at about 5 a.m., you will see lines and lines of oldies and teenagers doing anything from yoga to tai-chi to aerobics (read Our Blog on early morning exercises in Hanoi). It looks as if the whole city was up and running for morning exercise.

In the afternoon to the South end you can see a matrix of motorbikes twisting along the lake. Blending in is a gang of “cyclo” – the famous three-wheeled carriers that take tourists with cameras handy around. To the North end where the old quarters lies, an influx of colourful clothes and shoes will dazzle you, together with the smell of trees and coffees.

When darkness takes over, you can see couples holding hands walking side by side along the lake, trying to breathe in the breeze of summer night or keep warmth against the winter cold. If you have time and really want to observe Hanoi’s life, sit down on one of the stone bench, enjoy the view and have a good talk with some local friends over an ice-cream cone. 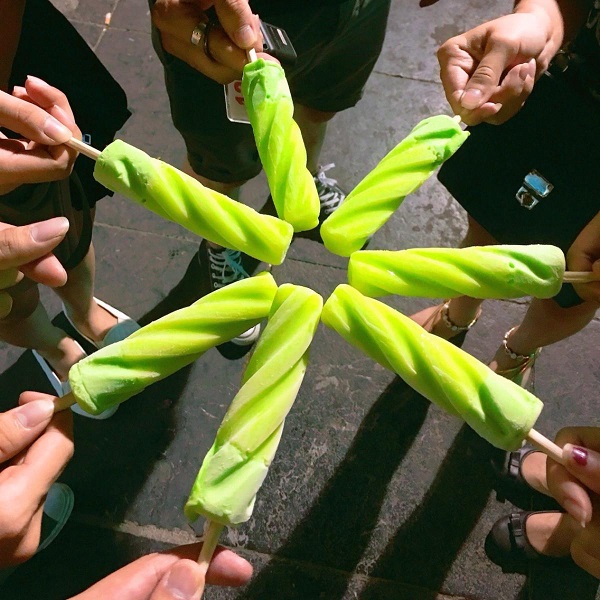 To sum up, despite the time’s ashes and dust, Sword Lake – the popular historical and legendary beauty-spot is eternal for good as an evidence of a fairy and heroic Hanoi during the past wars, and a romantic and charming Hanoi of Today. It is the end of trip visiting one of Vietnam Popular Destinations. Hope you love it and Have a nice trip with family and friends in my beautiful country.