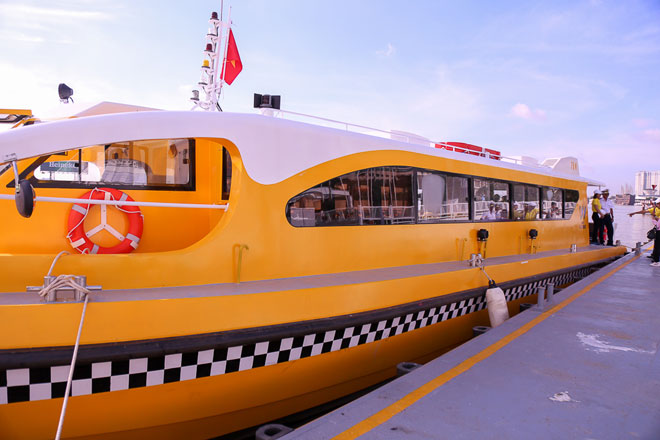 Five 80-seat boats have been deployed on the route, which takes around half an hour to cover compared to 45 minutes by road.

The public-private operation is in test mode and would become official in October, The fare is VND 15,000 (US$0.7). Nguyen Kim Toan, director of the company, said.

Three more stops would be added later in Thu Thiem in District 2, Tan Cang in Binh Thanh and Truong Tho in Thu Duc, Toan said.

The 10.3km route will go through Ben Nghe Canal, and Tau Hu Canal before reaching the port in District 6.

“The low rate of use of public transport is the biggest challenge to public water transport,” Toan said.

Bui Xuan Cuong, director of the Department of Transport, said the city has yet to explore public water transport despite having more than 1,000km of canals and rivers.

Taxis account for a lion’s share of public transport and buses for only 10 per cent, he said.

The boat service is expected to ease the pressure on road transport, he added.

To see our other articles about travel, food and culture in Vietnam: Vietnam Travel Guides