Hanoi old quarter is famous for its 36 streets. It was said that at the very beginning day, there were originally 36 streets in the city. Nowadays, when the country has been more developing, Hanoi has spread out to the surrounding. The 30 little streets in the quarter are each named according to the commodity sold by all shops or stores on that street. “Hang” – the first word of each street name means “store” or “shop”. And the following name is the name of good sold there. Streets here are named for the medicine, jewelry, fans, copper, horse hair, chicken, and even coffins once sold on them. This explains why the names of some of the longer streets inexplicably change after one or two blocks. As you explore, you will still happen upon entire blocks of tinsmiths, tailors, paper goods merchants, and lacquer ware makers. 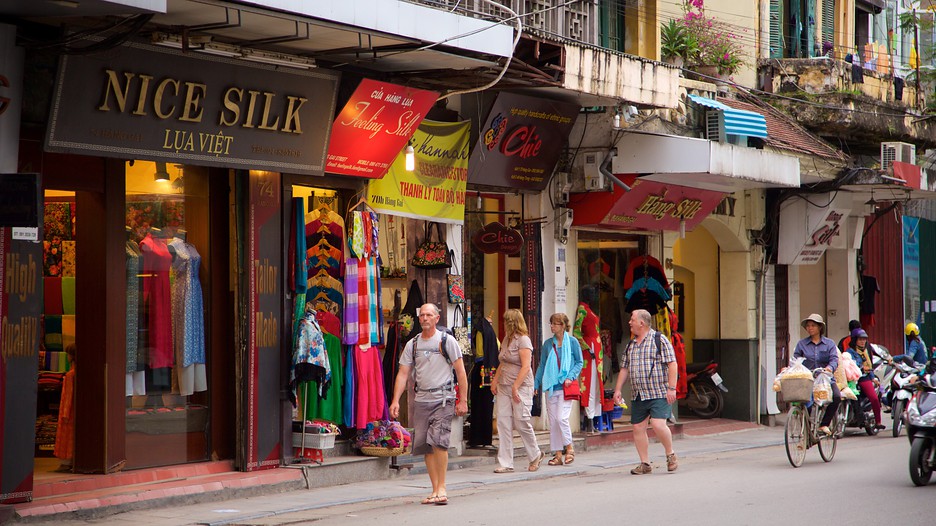 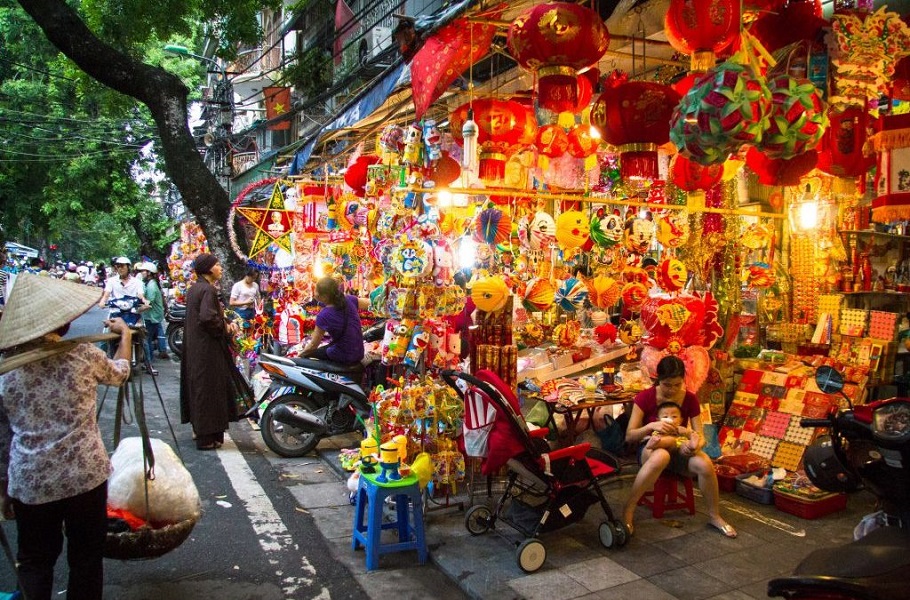 Still, many of the traditional streets continue to flourish and live up to its name despite the challenges of ongoing urbanization. Many locals, even, still prefer shopping on several streets that have barely changed. Hang Bac (silver) and Hang Khay (products inlayed with mother-of pearl) are still popularly sought for even with the presence of newer and more modern options for shoppers. Hang Dao remains to be the city’s most popular clothing stop for women. The first shop owners there were skillful tailors from villages surrounding Hanoi. So when they eventually named the street running through the area, it became Hang “Dao”, which means “flower” or “beautiful woman”, in reference to bright clothes and the ladies who bought them. Every mid autumn festival, Hang Ma (shiny paper products such as gift wrappings, wedding decorations and miniature paper objects to burn for the dead) still lights up the way as it did centuries ago. 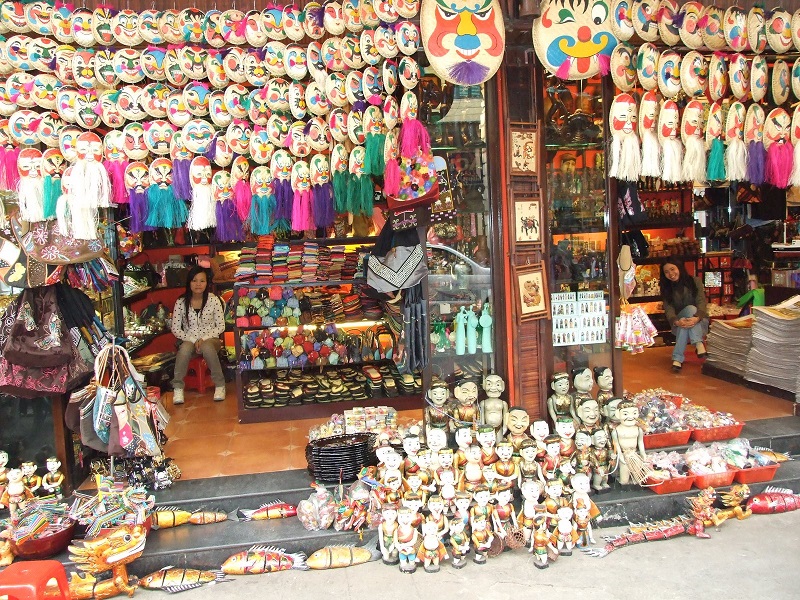 Nowadays, the commodity no longer sold there but the name has not been changed as the mark of tradition. Instead of old shops or stores, there are currently many hotels, hostels or clothes shops on those streets. But walking on these streets or sitting on a cyclo riding around the city with the historical atmosphere surely makes you feel like come back to the past of Hanoi on old days.

Strolling through Hanoi’s Old Quarter or “36 streets”, one can perceive the beauty and better appreciate the heritage and tradition that is so alive in its alleys – something which should be preserved not only by the authorities, but the locals alike.