Home » Daily Updates » Funeral customs of the Hmong in Sapa

Like many other highland ethnic minorities, the Hmong in Sapa still preserved many traditional customs, including funeral is a ritual tradition. It is the appreciation between the living and the deceased.

According to traditions, the funeral of the Hmong in Sapa consists of many different rituals. When families have relatives died, the first thing the children will carry a gun crew outside shot three times to signal to the people in the village knew the family of the deceased. Descendants, the village people heard gunfire in the area will flock to the family to offer condolences, and see what help. 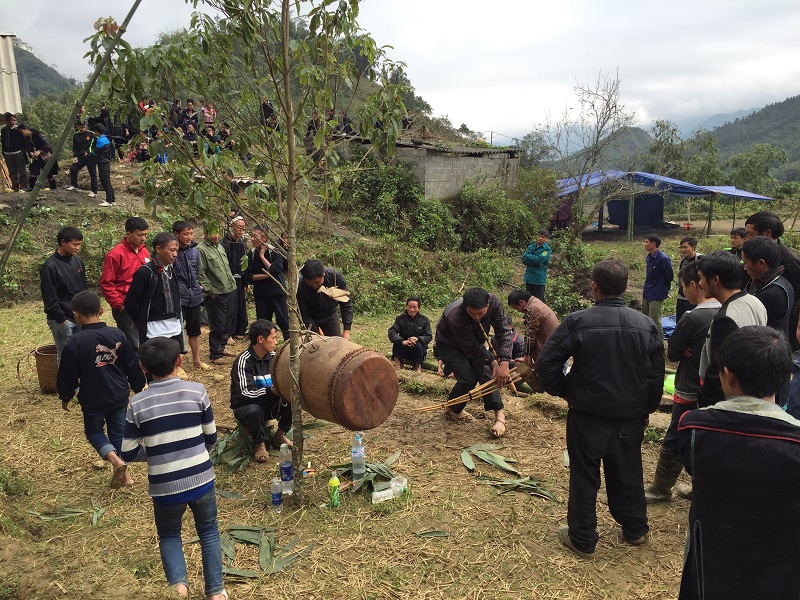 People in the village come to deceased’s house with everything they have – chicken, rice, a small pig or rice wine – to help the family.

Everybody will sing and eat until the deceased is wrapped in a mat and taken to a grave by one group, while the coffin, which has been kept in a cave somewhere near the grave, is carried by another group separately. Both groups have to run very fast and meet at the grave to make sure the deceased forget the way home. If the deceased’s family is not able to supervise the funeral rituals, they can wait for a few years before organizing a special one called “Ma Kho”. 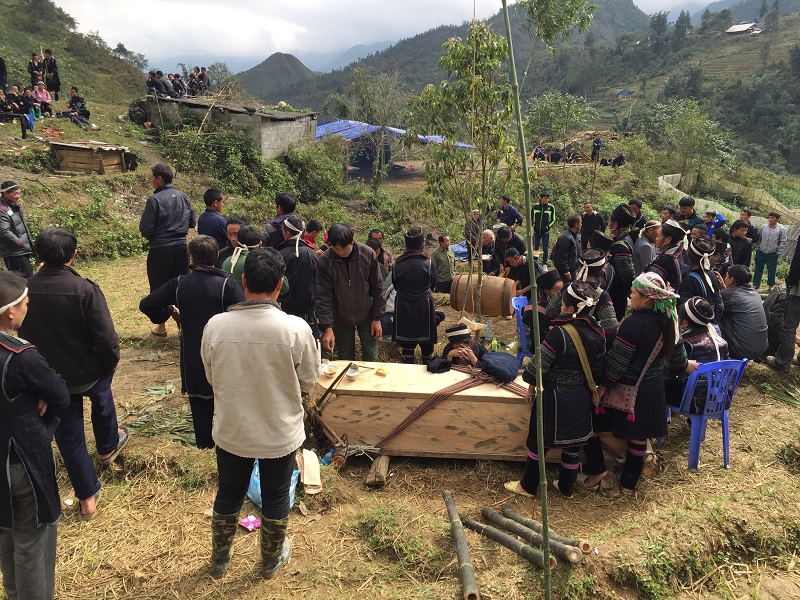 And based on the object and the cause of the deaths that The Hmong in Sapa has held various funeral rites.

For children who died less than three months old, the family held the funeral and buried when put to put through the wall, do not be put through the door. Parents and children to some is not crying fear of ghosts, ghost door know family will rebuke.

As for the case of death outside the home such as: accidents, suicide, fall river, down stream, the Hnomg people diet is never taken into the house of the funeral. Families will set up a shack outside beach venue for the funeral, because the the Hnomg people concept that those who die outside the home, largely due to the kind of evil that hurt, so when brought into the fear of ghosts back in the house to harm others in the family. The dead children, died in the house and accidental death are considered unusual deaths, so that the funeral is also more compact organization of the funeral of the dead old.

The funeral of the Hmong in Sapa is very unique. It shows that the richness of Hmong culture in Sapa.

So if you are the person who loves to learn about the culture of the peoples (especially ethnic minorities). A good advice for you is to book a Sapa tour from Hanoi for your upcoming holiday. Do not forget to spend one night at the Hmong homestay to have the opportunity to talk, learn their daily life.

I think there will be many interesting things that make you surprised !

You also refer our Sapa Tour designed for those who want to learn about local culture in Sapa: