Home » Daily Updates » Find out: Hanoi Cathedral – A famous destination can not miss when coming to Hanoi

Hanoi Cathedral is at No.40 Nha Chung Street, Hoan Kiem District, Hanoi. It was built on the site of the former Bao Thien Tower, which was famous in the ancient capital of Thang Long under the Ly Dynasty (the 11th and 12th centuries).

This is a Roman Catholic cathedral with neo- gothic style, which was built about 120 years ago.

Hanoi Cathedral, also known as Saint Joseph’s Cathedral, was inaugurated on Christmas Day 1886, two years after its construction. Its design is similar to the architecture of Notre Dame Cathedral in Paris. Many catholic rituals have been held there. A ritual ceremony dedicated to Jesus Christ is held in this cathedral every year on March 19. 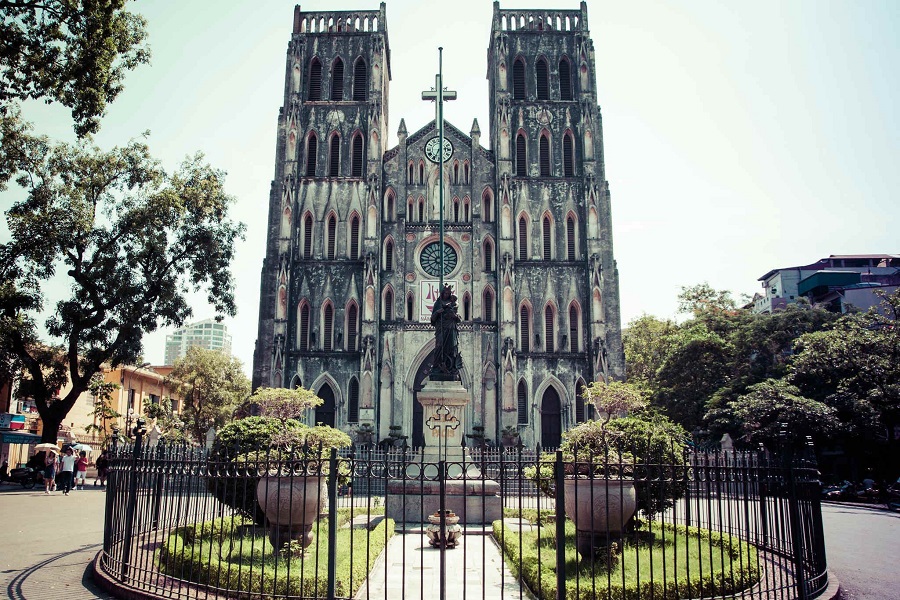 The cathedral is considered one of the oldest and most beautiful churches in Vietnam.  It is 64.5m in length, 20.5m in width with two bell towers of 31.5m-height. Though the appearance of the cathedral, from the doors, the colorful window glass, to the religious paintings for decoration follows Western style, the main interior part is decorated in Vietnamese way with two typical colors yellow and red. Outside, in front of the cathedral is the statue of Mother Maria. 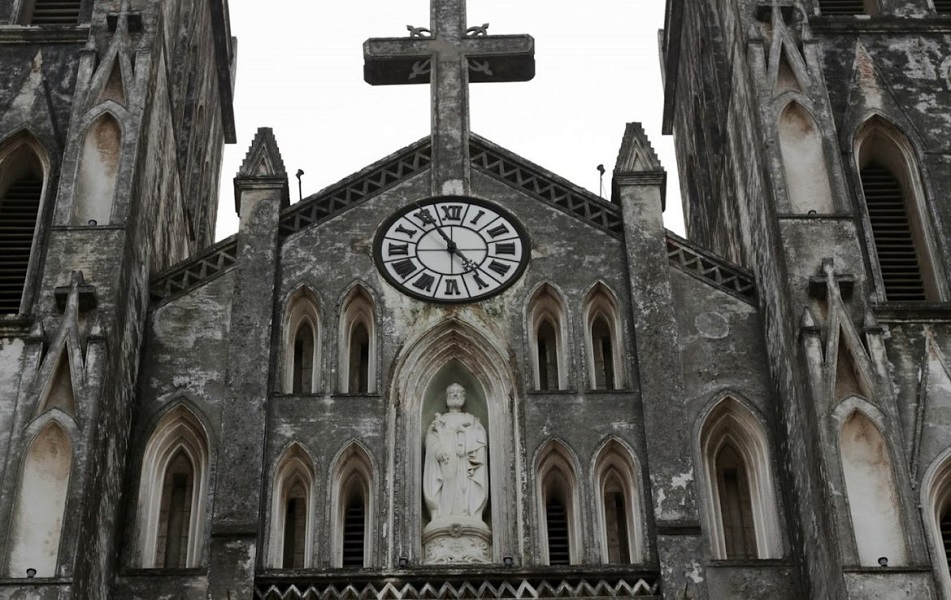 Today, taking advantage of beautiful architecture and good venue at the center of the city, the area surrounding the cathedral is always packed with hundreds of local people and tourists hanging out with friends for drinking, talking, and watching the street.

Nha Chung Street now becomes the “Lemon Tea” street, a popular gathering place to many youngsters in Hanoi, and home to eye-catching souvenir shops and Western style restaurants. It is not only the holly place for Christian couples hold their wedding, but also a great venue for non- religious grooms and brides to take nice wedding shots.

The bell striking from the church at meditative moments sways your mind. That is a great and romantic feeling. 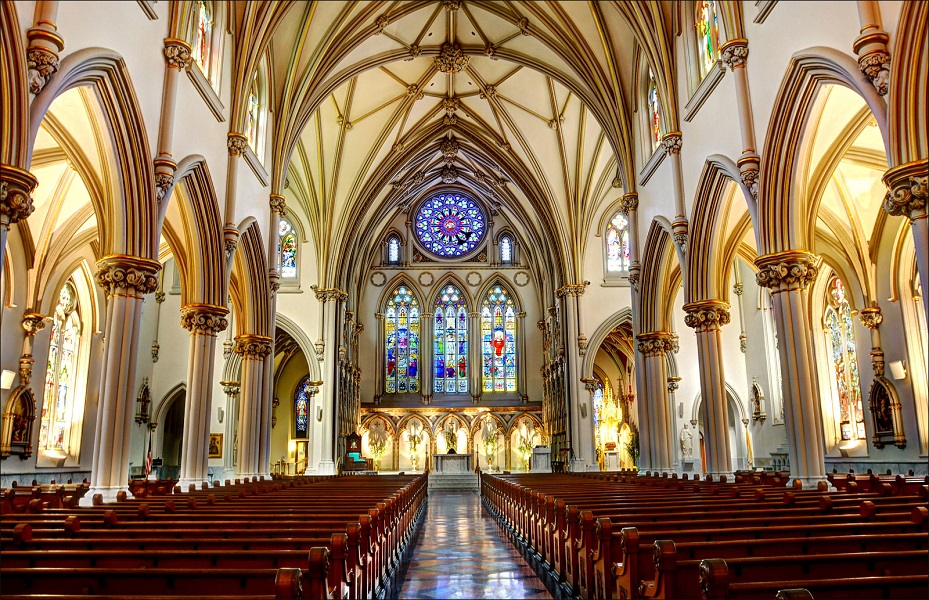 If you are a young person in Hanoi or nearby, you should not miss a chance to discover the underlying real scene of the city by once setting your foot into the space of Hanoi Cathedral.

So, joining a Hanoi City Tour with this detination befor start your trip in Vietnam from Hanoi. It is a great !!!