Because it is very tasty !!! 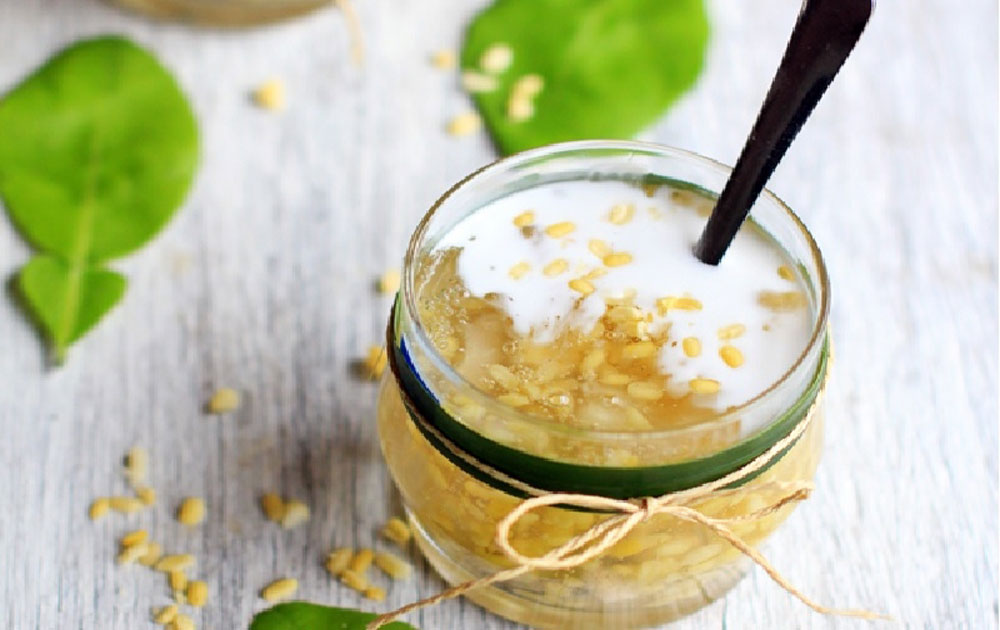 Grapefruit Puddingis a popular dessert in Can Tho city. Although this dish is widely available all over Vietnam, however the porridge made in Can Tho has a special flavor that can be found nowhere else.

This dish is made from the skin of the grapefruit that has been mixed with salt and cut into small square pieces. 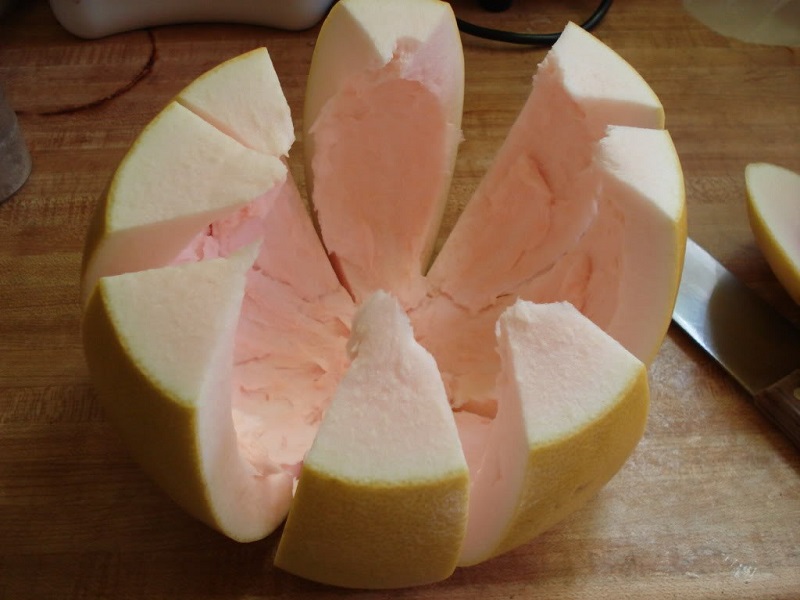 Those pieces are further cooked with sugar and water and are spread at the bottom of the bowl. Then the sweetened porridge made from green beans and flour is poured onto those grapefruit pieces.

Finally a bit of coconut milk is poured on top as a finishing touch. Before eating the porridge, you should first stir and mix the ingredients together, as well as add some ice.

After it has been mixed, a bowl of Grapefruit Puddinglooks very tasty and attractive with the white color of coconut milk and grapefruit skin, the yellow of green beans and the transparency of the flour. 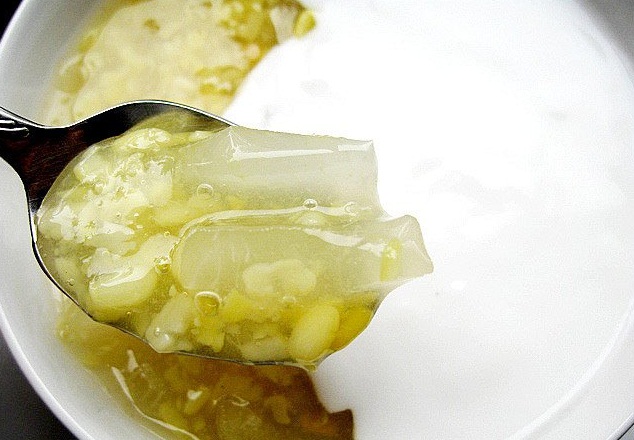 Aside from having a great taste that many people are addicted to, it is said that the dish can have an antipyretic effect on your body.

So, if have a trip to Southern Vietnam, especially at Can Tho City in the dry season, in addition to popular cold glasses of sam (boiled Punernava), re tranh (boiled roots of Imperata cylindrical) or sugarcane juice, you might choose one of four well-known cold dessert recipes below.